You have made the decision that you want cremation services in Shelby Charter Township, MI as part of your funeral preplanning (good for you!). But you may not really know a lot about what is involved in cremation or what happens during the cremation process.

You are not alone. There are some questions that almost every person who choses cremation as their final disposition, or as the final disposition of their loved one, has when they are educating themselves about cremations.

One of the most frequently asked questions about cremations is whether the deceased is dressed or not when they are cremated. The answer is yes.

Just as the funeral home works diligently to show honor to and preserve the dignity of every loved one their family has entrusted to them, the deceased person is fully clothed (just as they are in a casket and burial funeral) when they are cremated.

The only restriction on the clothing the deceased will be cremated in is that it contains no metal because metal can cause significant damage to the crematorium. So, don’t include jeans, for example, with metal buttons or belts when you are providing clothing for someone who is being cremated.

Another frequently ask question about cremations is about how the funeral home and crematory keep track of the deceased during the cremation process so that the right cremation remains are returned to the deceased’s family.

A couple of procedures are in place to correctly identify the body before cremation and after cremation. One of these is that the family must verify the identity of the deceased either visually or with a photo prior to cremation.

A second procedure is that the crematory places a non-combustible tag on the deceased before they are placed in the crematorium. That tag stays with the deceased all the way through the cremation process, ensuring that the right cremation remains are returned to their family.

People often wonder how much time it takes to do a cremation. Cremation is a fairly quick process that usually takes two to three hours. However, by law, cremation cannot be done until at least 24-48 hours after death. This gives the funeral home time to get all cremation paperwork (permits, etc.) in order before the cremation.

Another frequently asked question about cremations is whether a casket is required. The answer is no. If you don’t want a casket, the deceased will placed in a very sturdy fully-combustible container (usually made out of cardboard) prior to cremation.

The funeral home has urns that are specifically designed for burial, and they have a wide selection to choose from. Almost all cemeteries require vaults for burials, whether the burial is in a casket or an urn, so you will also need to purchase an urn vault.

Another frequently asked question about cremations is whether a funeral service can be held instead of a memorial service. Many people like the traditional format of funeral services and its familiarity can give great solace and comfort to a grieving family. 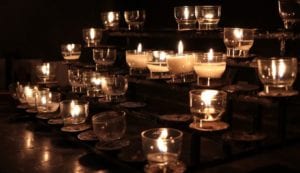 You can hold a traditional funeral service for someone who is being cremated. It can be held before the cremation or after the cremation.

For more information about cremation services in Shelby Charter Township, MI, our caring and knowledgeable staff at Lee-Ellena Funeral is here to assist you.

Funeral planning at funeral homes in Shelby Charter Township, MI should be something that you are actively thinking and doing something about. You might be surprised at how many people make common funeral mistakes that are easy to avoid.

You may not want to think about planning your funeral right now. You may be at the peak of your life in your family, in your career, and in your personal life. While you’re riding that crest of wonderfulness, why should you think about things that are not so wonderful, like death and funerals? It’s crazy, right?

Actually, this is the kind of thinking, which is prevalent, that creates an avoidable funeral planning mistake. This mistake is either waiting until you are faced with a serious or life-threatening illness or advanced age to start planning for your death and your funeral.

One thing that you need to make sure that you have is insurance. You need, at a minimum, two types of insurance as part of your funeral planning.

One type of insurance that you need is life insurance. Having life insurance ensures that your family will be provided for after you die. Life insurance can be used to pay off your mortgage and other deaths and to cover your children’s educational costs, among other things.

The younger and healthier you are when you purchase life insurance, the less it will cost you. Whole life policies, even though the monthly payments are a little higher, are a better investment than term policies.

With a whole life insurance policy, your rates are locked in the time you buy the policy for the rest of your life. Term insurance policies have lower monthly premiums, but those premiums are only for a set period (or a term) of time (usually 10 years). Once the initial term expires, your premiums will then be adjusted based on your age, and they usually rise dramatically.

With a burial insurance policy, your family will not have to use the money from your life insurance policy (which you bought to provide for their needs) to pay for your funeral. 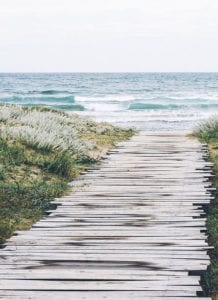 Once you have these two insurance policies, you need to formalize your funeral plans to avoid another common funeral planning mistake. While you can do this without the funeral home, it’s better to let the funeral home know exactly what you want. Include the type of funeral you want (if you want to be buried, let them know the cemetery information), the kind of service you want, and any other specific wishes that you have about your funeral.

Avoid the final funeral planning mistake by communicating all this information to your family. Be sure to have written documents and that they know where you keep them and your important papers.

For more information about planning funerals at funeral homes in Shelby Charter Township, MI, our compassionate and experienced staff at Lee-Ellena Funeral Home can help.

Cremations are one of the cremation services offered in Chesterfield Township, MI after someone dies, but some people have lifestyle factors that put them at a greater risk of dying at a younger age than their peers. One of those lifestyle factors is having a career that requires you to work at night instead of during the day.

Are you aware that people aren’t biologically designed to work at night? The body has its own timeclock. Each of us operates on a similar timeclock, which is known as our circadian rhythm. Our natural circadian rhythm corresponds to light and hormones.

At about the same time that the sun rises in the lower 48 states of America, our bodies produce a hormone that wakes us up and makes us alert. Similarly, about the time the sun begins to set in the lower 48 states, our bodies produce a hormone that starts winding us down and making a sleepy by the time it is fully dark outside.

Before the Industrial Revolution, which began in the late 19th century, just about everybody worked in conjunction with the natural circadian rhythm. In a society that was centered around agriculture, people got up when the sun came out and they went to bed when the moon came out.

With the development of incandescent lighting, the titans of the Industrial Revolution realized that they were not limited to just working during daylight hours. This meant that companies their profits because their employees could work 24 hours a day.

It was at this point that the idea of a first, second, and third shift was developed. The first and second shifts, which were eight-hour shifts, fell within the body’s natural circadian rhythms (although, after 9 pm, an increase in accidents was more evident).

Today, more professionals, such as medical personnel and information technology specialists, also find themselves working a night shift (usually 12 hours instead of eight hours), and, like their manufacturing counterparts, are having a higher rate of accidents, serious injuries, and fatalities both on the job and in traveling home from the job.

A recent 22-year study of almost 75,000 nurses showed dramatic health effects for nurses who worked rotating shifts (the worst kind of work schedule for the body) for long periods of time. 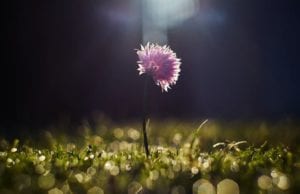 For information about cremation services in Chesterfield Township, MI, our caring and knowledgeable staff at Lee-Ellena Funeral is here to assist you.

After attending funerals at funeral homes in Chesterfield Township, MI, you may find yourself suddenly thinking about death. Death is not something we think about unless we have to, and it’s certainly not something we want to talk about in relationship to ourselves or to our loved ones.

Talking about death, for Americans, is something that’s considered to be morbid. It is not considered to be good dinner conversation or something we talk about in our casual conversations with friends and family members. Because of this, most of us are unprepared or not as prepared as we should be when death comes.

For the few people in the United States who want to prepare for their deaths, they are often met with resistance by other family members. For example, you may want to come to the funeral home to get information about funeral options, general costs, and other funeral related matters. However, your family members may not want to discuss it or even know anything about it.

Many Americans are simply in denial about the fact that they will die. The irony is that we go to great lengths to plan for every other major event in our lives – births, graduations, weddings, home purchases, car purchases, and career decisions – except for death.

It is usually only when someone close to us dies that we actually start thinking about death, even though we may not want to. We become aware of our mortality in the mortality of those we love. It is at that point that there are questions that we must ask and answer for ourselves and for our loved ones.

One of the questions that we should ask is what our end-of-life care should look like. While some people die suddenly due to tragic accidents or catastrophic medical event, the majority of people either grow old and die due to age or they develop an illness that leads to death.

Defining the kind of care we want at the end of our lives will be of benefit and a blessing to our families. Involved in this decision-making are certain legal documents.

A living will specifies what you want done medically if you are dying. A will or trust that you appoint someone to take care of your affairs after you die, including paying off your debts and distributing your assets and personal property.

Another aspect of end-of-life care that we need to consider is where and how we want to die. With options for assisted living or living with family members, we need to determine the best course for everyone (along with the costs). We also need to specify whether we want to die at home under hospice care or would want to die in a hospital. 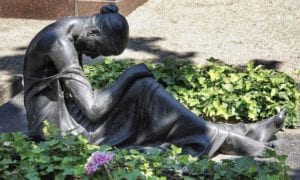 Once we’ve answered these questions about death, then we need to document our answers and discuss them with their family members so that everyone is informed and on the same page with our wishes, even if they might not do things exactly the same way.

For more guidance on discussing death from funeral homes in Chesterfield Township, MI, our compassionate and experienced staff at Lee-Ellena Funeral Home can help.