Cremations are one of the cremation services offered in Washington Township, MI. Some of these cremations will be for people who were very much loved by many, but who took their own lives.

Family members and friends have lost a loved one to suicide frequently wrestle with intense guilt, grief, and regret that they could not prevent the death their loved one. They also struggle with feelings of shame over how their loved one died, and this can leave them isolated in coping with their bereavement.

Every suicide is followed too many questions and too few answers for the families and friends of those who have committed suicide.

However, some people who commit suicide do so without a history of deep depressions, mental illnesses, suicide threats, and suicide attempts. Those, perhaps, are the suicides that are most perplexing for their family members and friends.

When loved ones commit suicide with no warning, their family members and friends often have almost identical stories about the previous days, weeks, and months of their time with their loved one. Their loved ones who have committed suicide seemed relaxed, normal, and even optimistic or happy prior to their deaths.

However, it is really not uncommon for people who commit suicide to give any overt signs that they are thinking about committing suicide or they are planning how to commit suicide. It seems almost unfathomable that someone could keep such a life-altering decision hidden underneath a façade of being fine and being upbeat about life.

Although there are no hard and fast answers about how this could be, there are some common characteristics that come into play with all suicides.

One of these characteristics is the stigma that is attached to suicide. If a loved one let anyone know that they were thinking about or planning to kill themselves, they would automatically be seen as crazy or selfish.

Another reason why a loved one would talk about committing suicide is that they realize how painful (although that pain is diminished compared to their own pain) their death will be to those they leave behind. By simply being quiet about what they are thinking and planning, many people who commit suicide believe they are decreasing the amount of pain for their friends and loved ones.

Another reason why people may hide their plans to commit suicide is because they believe they will be stopped if others find out. People who commit suicide are suffering from intense emotional pain, and they may not be able to bear the thought of having to live any longer.

Although every suicide and the reasons behind it is unique, there are some common situations that may increase the risk of suicide.

These can include a significant life loss, a serious life crisis, a loss of social support, a chronic or terminal illness, or the suicides of family members and friends. 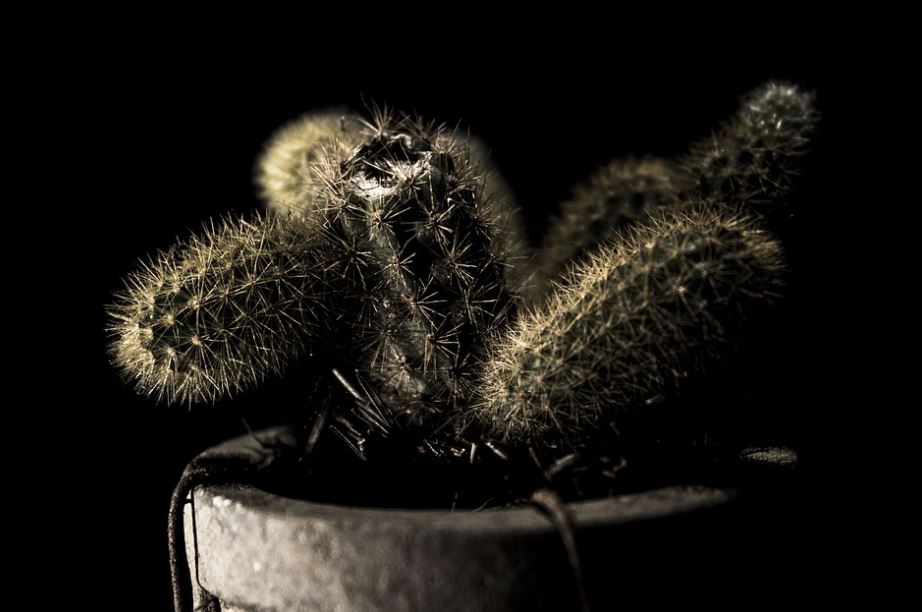 If you’ve lost a loved one to suicide, please consider grief counseling for you and your family. While you may never know all the whys about your loved one’s suicide, grief counseling can help you work through your own feelings about it.

For information about cremation services in Washington Township, MI, our caring and knowledgeable staff at Lee-Ellena Funeral is here to assist you.

Flowers are always part of funerals at funeral homes in Washington Township, MI. When you’re choosing flowers for a funeral, understand what the most widely used funeral flowers mean can help you make sure your flowers demonstrate appropriate respect to the deceased and offer maximum comfort to the bereaved family.

Lilies are an incredibly popular funeral flower. Lilies are used because they denote innocence and the purity of the soul of the deceased person. While there are many different colors of lilies to choose from, white lilies are the preferred choice for funerals.

Roses are another very popular funeral flower. Roses come in many different colors, as well. Each color represents something special with regard to the person who has died. Red roses symbolize both love for the deceased and grief because of their death. White roses, like lilies, are used to symbolize purity and innocence.

Extremely close friends of the person who died will usually send yellow roses to the funeral home. Yellow roses denote deep friendship. It is unusual to see light pink roses at funerals, but you will often see dark pink roses. Dark pink roses are used to express gratitude to the deceased for all the things they’ve done for others.

Another type of flower that you often see at funerals is carnations. Carnations are most often part of funeral wreaths because of their pronounced colors. Red carnations are a symbol of affection. White carnations, like lilies and white roses, are a symbol of innocence. Members of the Catholic Church may send pink carnations because they believe that the Virgin Mary’s tears created these flowers.

Orchids are another common flower that is used for funerals. Orchids represent everlasting love for the person who has died. White or pink orchids represent sympathy for the grieving family.

Another popular flower that people send for funerals is gladioluses. That is because this flower symbolizes the deceased person’s strong moral compass. Gladioluses signify sincerity, strength, and a unshakeable moral foundation. Since there are no meanings associated with any specific color of gladioluses, you can choose any color you like.

Tulips and daffodils are also commonly used as funeral flowers. While these bright and cheerful flowers might not seem appropriate for a funeral service, their meaning is consistent with funeral themes for both the person who has died and the bereaved family: renewal and new beginnings.

When you include daffodils or tulips in your funeral arrangement, you are offering the grieving family a visual consolation card of encouragement and support. Tulips and daffodils help remind them that this present difficulty of losing their loved one will give way to a new life that will include happiness again. It also lets them know that you are a support for them from here on out.

When someone who is young dies unexpectedly, violets are often included in the funeral arrangements that are sent to the funeral home.

The symbolism of hyacinths, which are also frequently included in funeral flower arrangements, is that of a deep sense of sorrow and intense grief for the person who has died. 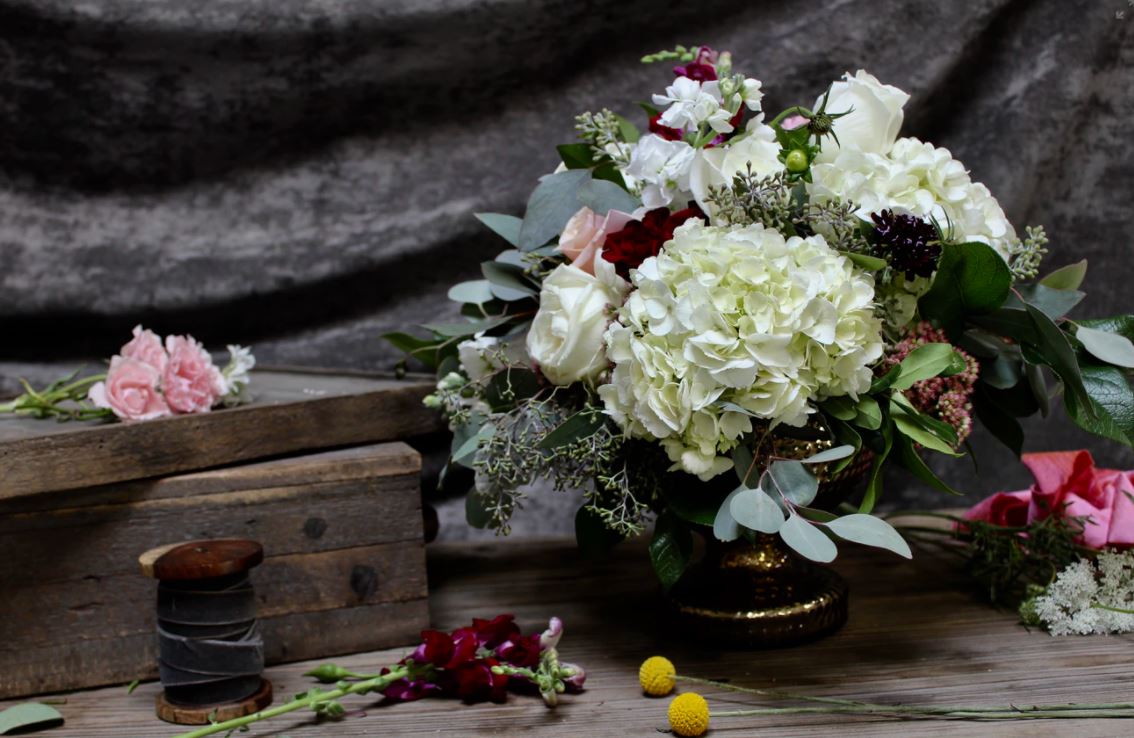 Another flower, forget me nots, is something you will also commonly see in flowers that are sent to the funeral home. Forget me nots signify that the person who has died will never be forgotten. Instead, they will always be remembered by living on in the memories of those who love and care about them.

For more information about flowers at funeral homes in Washington Township, MI, our compassionate and experienced staff at Lee-Ellena Funeral Home can help.

Hospice care will manage the symptoms of your loved one’s terminal illness, ensuring that pain is well managed and that their quality of life is the best that it can be. This is commonly known as comfort care, and it is provided for your loved one instead of aggressive interventions to try to treat their terminal illness.

Since terminal illnesses don’t always progress according to predictive outcomes, your loved one may live longer than six months after entering hospice care. Hospice care can be continued with a simple recertification by their physician that states that they are eligible to receive hospice.

Your loved one’s hospice care is covered by most private health insurance plans, Medicare, and Medicaid. However, most non-profit hospice care agencies will provide hospice services to your loved one, regardless of whether they have insurance, or they are able to pay for their services.

Hospice care for your loved one can be provided in their or your home, which is usually the preference of most hospice patients because they are in familiar and comfortable surroundings with their family nearby.

A hospice care team will be assigned to your loved one, but they are there to meet both your loved one’s needs and you and your family’s needs as you care for your terminally ill loved one. The team can include a supervising hospice physician, nurses, a pharmacist, a grief counselor, a social worker, home health aides, a chaplain, and volunteers who can provide short periods of respite for you and your family.

Quality of life enhancement is another key part of hospice care. If your loved one is having trouble breathing, for example, oxygen therapy will be provided. Any other medical equipment and medical supplies, such as hospital beds, pressure pads (to prevent bed sores), and gloves are also provided by hospice. 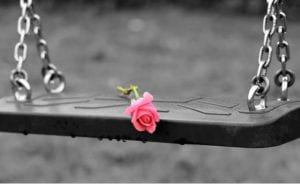 Hospice care will ensure that your loved one gets the best care possible and that their transition from life to death is the easiest that it can be.

For information about cremation services in Shelby Charter Township, MI, our caring and knowledgeable staff at Lee-Ellena Funeral is here to assist you.

Before funerals at funeral homes in Shelby Charter Township, MI, you may live months or years with a serious illness that will eventually end in death. But you want to have good life for whatever time you have left, even though your illness presents many challenges and bumps in the road. Palliative care can help you make the most of the time you have left.

When you have a serious illness, there are many aspects that you have to deal with related to that illness. You may have chronic pain. You may be unsure about the trajectory of your illness and what that means for your future. You may concern about family members who are taking care of you and what will happen to them after you die.

Palliative care, for the record, is not hospice care. It is an intermediate level of care between home health care (after an acute illness or hospitalization) and hospice care (end of life care).

Palliative care provides relief for the symptoms and pain associated with your illness.

They can also give you guidance for making difficult medical decisions. Palliative care offers emotional and spiritual support, and they make it easier to navigate the everchanging healthcare system.

Palliative care is provided by physicians, nurses, social workers, physical therapists, chaplains, and dieticians who are specially trained in palliative care medicine. The palliative care team will work with your other doctors who are treating your illness.

Palliative care offers you whole person care. It can help you manage the stress of a serious illness and it can help you improve your quality of life. Because palliative care is geared toward relieving the symptoms of chronic illnesses, pain and anxiety management are included in their care for you.

There has been extensive research indicating that cancer patients, who endure considerable pain from the cancer itself and severe side effects from radiation and chemotherapy, who receive palliative care are more apt to complete chemotherapy treatment. These patients also said they had a higher quality of life compared to cancer patients who didn’t receive palliative care. 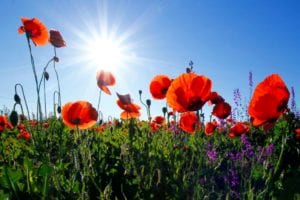 Although you may be diagnosed with a terminal illness or a chronic illness that will lead to death, palliative care can give you a better quality of life and can help you manage the worst of the symptoms of your illness, so that you can get the most out of the time you have left.

For information about planning funerals at funeral homes in Shelby Charter Township, MI, our compassionate and experienced staff at Lee-Ellena Funeral Home can help.