When you attend funerals at funeral homes in Washington Township, MI, you may see family members of the deceased place things in the caskets of their loved ones, or there may already be personal items that have special meaning in the casket with their deceased loved one.

Famous people have also been buried with some of their favorite things or things that they were identified with.

When composer Leonard Bernstein (West Side Story) died, he was buried with a baton, a lucky penny, a copy of the book Alice in Wonderland, and a pocket score of Gustav Mahler’s “Fifth Symphony.” The Mahler symphony was place directly over Bernstein’s heart in his casket, because he loved the work so much.

Actor Humphrey Bogart was cremated, but along with his cremation remains, a small gold whistle that was inscribed with “If you want anything, just whistle” was placed in his urn. Bogart had given the whistle to his wife, Lauren Bacall, as a gift many decades before.

The inscription on the gold whistle referred to the 1944 movie “To Have and Have Not,” which both Bogart and Bacall had starred in. It was the first movie they appeared in together.

When comedian George Burns was buried, his family placed three cigars in his jacket pocket. Cigars were one of Burns’ comedic props, and he was seldom if ever seen without one in his hand. The brand of cigars was El Producto Queens. Burns’ favored this brand over Cuban cigar brands, because the tobacco was wrapped more loosely, ensuring that the cigar stayed lit through his performance.

Escape artist Harry Houdini was buried with his head laying on a packet of letters that were written to him by his mother, Cecilia Weiss. Houdini was devoted to his mother and he never recovered from her death thirteen years before his own death.

Houdini’s coffin was one that he had used for underwater escapes in his act. It was solid bronze, with a hermetically sealed inner liner. According to Houdini, his fondness for this casket came from his quest to prove that “anyone could live without air for an hour if they did not let fear overcome them.”

President John F. Kennedy was a collector of engraved pieces of whale bones and ivory. After his assassination in 1963, he was buried with a 9 ½ inch long whale tooth that was engraved with the presidential seal.

The piece had been commissioned by First Lady Jacqueline Kennedy as a Christmas gift, which she gave to the president in 1962. In addition to the engraved whale tooth, President Kennedy was also buried with a pair of gold cufflinks and several letters his wife and his children had written to him.

When singer Frank Sinatra was buried, his casket included a bottle of Jack Daniels, a pack of Camel cigarettes, a Zippo lighter, and a dollar’s worth of dimes.

Jack Daniels had been part of Sinatra’s life on and off the stage since it was introduced to him by fellow comedian Jackie Gleason. Sinatra famously quipped to writer Gay Talese that he was “for anything that gets you through the night, be it prayer, tranquilizers, or a bottle of Jack Daniels.” 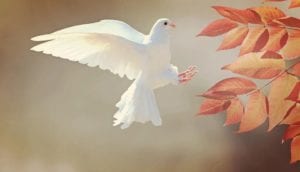 For information about planning funerals at funeral homes in Washington Township, MI, our compassionate and experienced staff at Lee-Ellena Funeral Home can help.