As common as cremation services in Chesterfield Township, MI have become, there are still some odd misconceptions about this body disposition option that many people believe are true. That’s why it pays to find a reputable death care services provider that will help you to separate fact from fiction. What that said, here are some things that no funeral director will ever say about cremation services.

No funeral director will ever say that the only reason people plan cremations is because cremations are much cheaper than funerals with burials. Yes, many people gravitate toward cremations as a body disposition because of the lower price points. But there are many other reasons why cremations have become so common over the years. For instance, they offer a great deal of flexibility. Some people hold a formal service either before or after the cremation. So it can be a great option for you and your family if you want that sort of flexibility.

It used to be the case where religious people, particularly those who were part of Christendom, mostly stuck with funeral services and casket burials. But most religions now accept cremation as an acceptable body disposition option. So while some religions still frown on cremation, most of them accept both cremations and burials. So no funeral director will ever say that religious people have to plan burials rather than cremations.

Another misconception that some people believe is true is the notion that you can’t combine a cremation with a formal service like a memorial or celebration of life. Nothing could be further from the truth. You don’t have to plan a formal ceremony if you don’t want to – and not every family wants to. But if you do want to have a formal service, you can have it before or after a cremation. 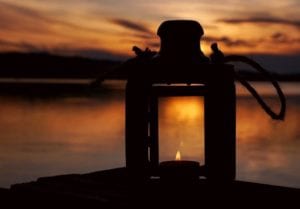 Do you need to ask some questions about cremations? If so, you should reach out to a funeral home specializing in cremation services in Chesterfield Township, MI. You can count on us to help you arrange a fitting final service for your deceased loved one. We’re here to help you each step of the way. Whether you want to discuss memorials, traditional and contemporary funerals, cremations, caskets or urns, burial vaults, cremation jewelry, veteran’s discounts, or anything else, we can help. For the assistance you require, give us a call, pay us a visit, or check us out online at https://www.lee-ellenafuneralhome.com/.