Cremations are one of the cremation services offered in Washington Township, MI. While cremation is a very popular funeral option, many people don’t really know what happens during the cremation process.

Here is a brief overview of what steps take place during the cremation process.

With cremations becoming a very popular choice among Americans as a final disposition instead of the traditional underground burial, it’s important first to understand why. There are a few reasons.

Many funeral directors have noted a rise in the number of cremations since the Great Recession of 2008, while they have seen the number of underground burials go down, so there is likely an economic component to why cremations are more popular than ever.

In addition, cremations are considered to be more environmentally friendly than underground burials, so many people are choosing cremation as a way to help protect the environment. A third reason is that there are a myriad of things that families can do with their loved one’s cremated remains, and people like the increased flexibility cremation offers.

The practice of cremation has a history almost as long as that of humans themselves. In the ancient Greek and Roman cultures, cremations were grand celebratory fetes that honored brave, famous, or heroic people.

Additionally, militaries that were fighting in far away from home cremated their dead, and then took the cremation remains back home to be buried in elaborate ceremonies.

The majority of people who died were cremated, until Constantine adopted Christianity as the official religion of the Roman Empire. Constantine felt strongly that he needed to draw clear distinctions between Christianity and pagan religions.

Because many pagan religions incorporated burning people alive as part of their worship to their gods, Constantine essentially banned cremations and replaced them with underground burials.

Underground burials remained as the traditional final disposition method in the Western world until religions began removing their prohibitions of cremations, enabling Christians to make their own choice as to whether they wanted to be cremated or buried.

There are some interesting things about cremations that you may not be aware of.

Cremation containers don’t contain ashes. The remains of cremations – what is left after the cremation process – are bones. The bones are pulverized to the consistency of sand, giving them the appearance of being ashes, and they are returned to the deceased’s family.

Bodies are cremated one by one. Cremation units, which perform the cremation process, can hold just one casket or cremation container at a time.

Crematories have the responsibility to make sure the family gets the correct cremation remains. All crematories follow the same procedure to ensure that this happens.

Each body to be cremated is tagged with a flame-retardant tag as soon as it arrives at the crematory. The family identifies the body either with a current photo or in person. The tag remains with the body throughout the cremation process and is attached to the container with the cremation remains that is given to the family. 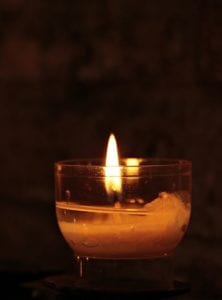 Cremations generally take between two and three hours because of the intense heat sources applied that allows a body to burn that quickly.

For more information about cremation services in Washington Township, MI, our caring and knowledgeable staff at Lee-Ellena Funeral is here to assist you.